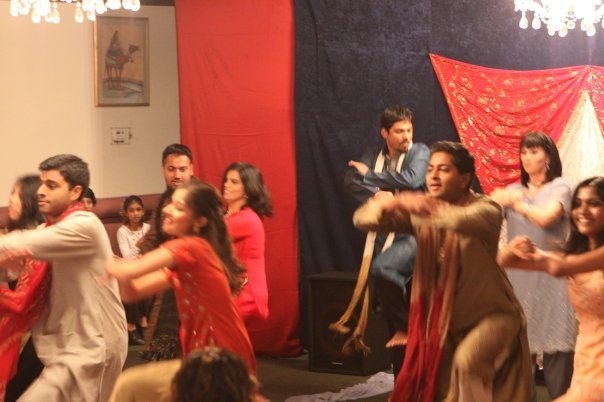 It is a great pleasure of mine in presenting this Letter of Recognition for Ms. Priya Chellani as a gifted teacher for “Art of Dancing”. This is based on my observation, while she was teaching students at our temple in Atlanta from April 2009 to April 2010. Starting of a dance school in our temple was her own kind initiative, for the benefit of the community. In teaching she exhibited in-depth knowledge of both Asian-Indian and Western style dances. She was equally dedicated to all the students irrespective of their age, sex and prior dance-knowledge level. In class she had a charisma of creating a family-atmosphere among all. Her students always captivated the audience with their presentations of their newly acquired dancing talents, in some of the temple’s major festivals programs. She was also a very pleasing, congenial and social person, which won her lot of friends both inside and outside the class. We missed her, when she had to depart from Atlanta for good family reasons. In summary, I have a great respect for her talent in teaching the Art-of-dancing and would not hesitate in recommending her to anyone. With best regards, –Dhirendra Sharma, President, Greater Atlanta Vedic Temple :http://www.vedictemple.org~ 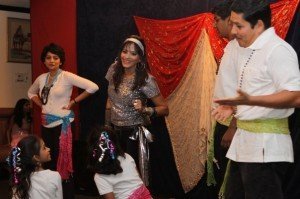 A Review of Priya’s Musical at Diwali for IFMG – Vikhyat Banquet Hall, Atlanta 2009:

Diwali was truly amazing this year. The Indian Friends MeetUp Group did an excellent job arranging an incredible evening filled with awesome shows, performers and more. It was non stop action from start to finish… The place was packed. Tickets were sold out in advance.. with several families there in addition to IFMG members. The highlight of the evening was a BOLLYWOOD STYLE show choreographed by Priya Chellani of Indigo Dance. It was very impressive! Absolutely incredible! I couldnt get over the number of Dance scenes and well choreographed pieces. They must have been preparing since March to memorize all that! Wow! For me it was as if Bollywood had come to life right before my very eyes. All involved did a fantastic job. Members from Atlanta’s Bellydance Community also had major dance roles in the purely Bollywood style routines. There was very little “crossover.” Awesome job! The plot was a dance teacher tries to teach a 1st time dance student some moves. He’s terrible at it but soon learns. But that’s not all…as with every Bollywood Film there were twists and turns and all sorts of drama accompanied by fabulous dance scenes and costume changes. If anything it showed the capability of Priya Chellani who put this enormous act together. If you can get a hold of the videos then do. I’m putting together a montage soon and will post a link to it on Raqs Atlanta. Big thanks to the IFMG for being so welcoming…And mega zaghareets to Priya for putting the fine touch on the event ! It was incredible. *Priya’s picture is on our Raqs Atlanta page cover. More videos and albums from the show will post Friday.”-Andinha Atughone, RAQS ATLANTA Belly-dancing Group Event Co-ordinator & Dance Journalist.~ Absolutely brilliant job by everybody….dance show by Priya and group, …… everybody did their jobs so well and of course such a great night was the outcome. Great and brilliant show, I know we all clapped very hard after the dance show”– Ramji, IFMG 2009~

Priya did an awesome job of training our group of working professionals even though some of us had no dance background. It takes energy, enthusiasm and a passion for what you do, to organize what Priya did for our Diwali musical in Atlanta. Priya co-ordinated every aspect of the whole dance performance, right from identifying a place for our practice, selecting the songs, scripting and recording, burning CDs & videos for our practice, identifying the costumes, organizing the makeup artists and not to mention, good choreography! In the end, she delivered outstanding dancers in the show and the crowd simply loved it! Did I mention again, that most of our group members had no prior dance experience ?… well, it all changed because of Priya and our friends who supported us all the way to make this happen. She made a big difference in my life, to dance, and I’m very proud that she brought this side of me. Priya, I’m sure you’ve touched hundreds of other lives. Keep dancing and keep teaching people to dance . With love, “Pappu who can’t Dance”,Jan 2010, Atlanta.   -Selva Arunachalam, IFMG 2009~ 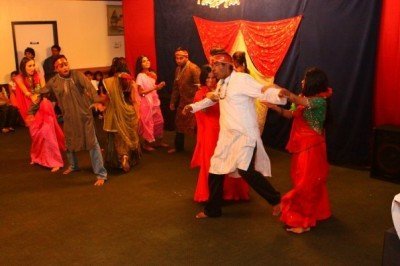 Wow, what a party! The shows, skits, presentation, everything was simply wonderful and engaging. The dancers impressed the heck out of me. I’ve known the group for some time and they are talented, caring and genuine people quite capable of creating the “wow” factor”-Syed , Group member IFMG 2009~

Good Job! The dancing was awesome. Your students esp Selva looked like professionals….I watched the video yesterday and got goosebumps watching the dance performance. Thanks Priya for the fantastic dance performance and training”- –Westcott Nottingham DJ & Events Manager IFMG~ 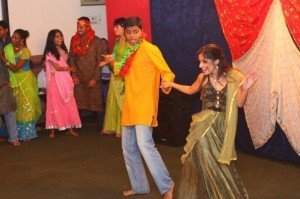 Watching you dance is truly an inspiration. I’ve had a wonderful time learning from you. You are absolutely the dancing queen!-Sonia Thakare IFMG 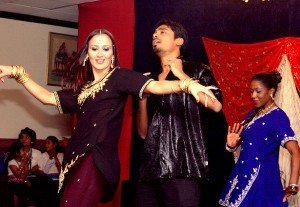 Dance has always been my hobby and it was a privilege learning some Bollywood moves from you. All the best.”Sunayana Nirbhavane Atanta IFMG~

Thanks for everything. Really enjoyed the experience!”-Tiffiney Mungroo, Atlanta IFMG~

It was very nice to work with you. I wish you all the best”, –Kathy Soares: (Bellydancer with RAQS Atlanta /Bollywood student Gwinnett County Indigo classes ) Atlanta Mar 2010~ 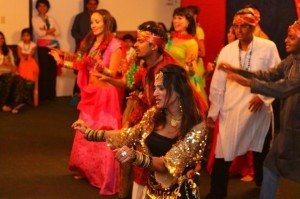 Truly, words cannot describe our depth of thanks for your unfailing devotion to this production. From the first spark of our idea to the full flower of our efforts, you have supported us all with your energy, talent, resources and professionalism. We have become stronger dancers and more creative people because of you.”-BJ Barrett (Bellydancer with RAQS Atlanta /Bollywood student Gwinnett County Indigo) :  Atlanta 2009~ 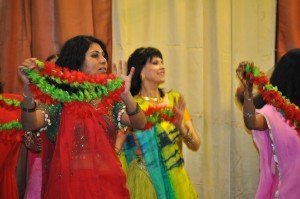 Hi Priya, It was very little time to have been with you, but even in that while, you have gone into the depth of my heart. May you always have the best” -Shree Vora, GAVT Indigo member, Atlanta 2009~

Kudos to all the hard work the organizers and participants put in- impressive fare! –Vijay N. IFMG : IFMG Atlanta Nov 2009~