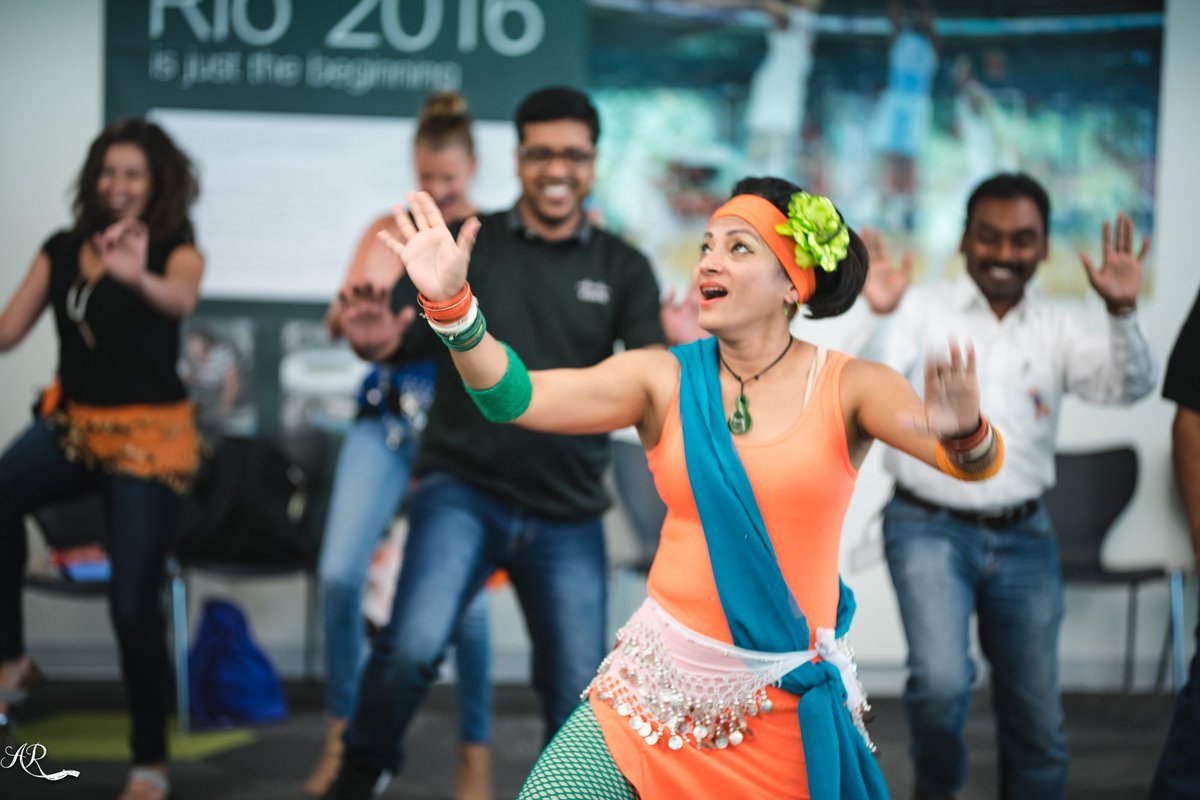 Priya and members of Cisco fitness put the fun and fitness touch to the Indian Independence Day luncheon celebration organized by the Cisco Icon group held in the campus of Cisco RTP headquarters, Morrisville NC. The event featured delicious Indian lunch and theme cake for all the attendees, who were then treated to a Bollywood on-the-spot fare by Priya Chellani, who conducts weekly Bollywood Fitness training at the Cisco Fitness center nearby for employees. 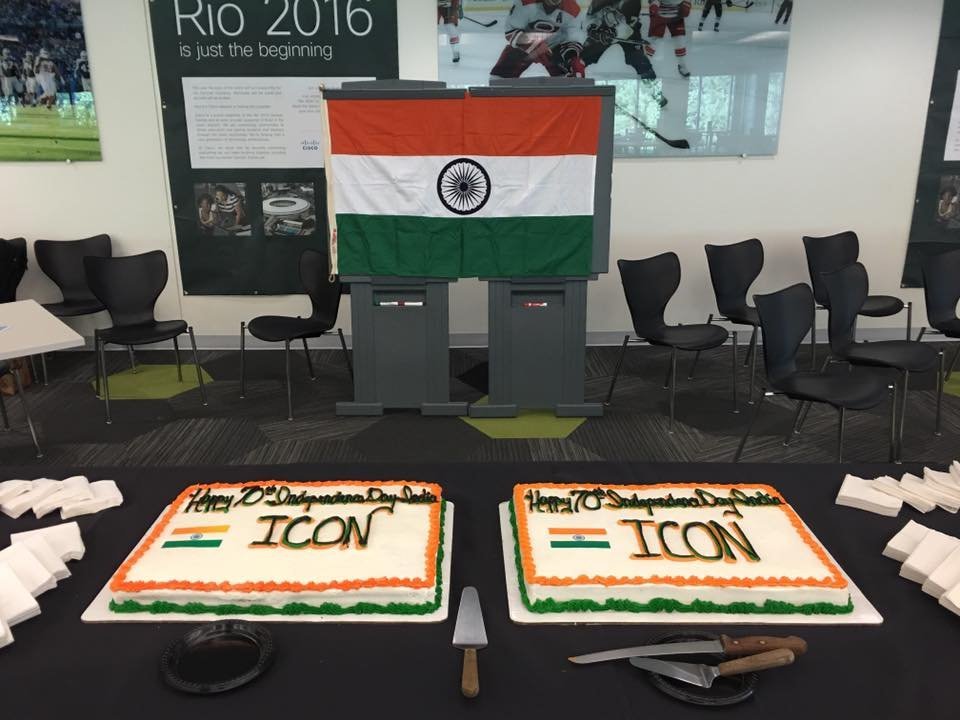 Priya took a half hour lunch break from her work and inspired others to get moving & join her & fellow employees in the CISCO Cafe in some energizing and upbeat Bollywood songs. Organized by ICON group Cisco, the event was to commemorate the Indian Independence Day and to bring together a shared love of music & dance for the diverse employees of the tech giant’s U.S headquarters here in RTP. Folks got up from their tables to join Priya, Ajay, Satya & Sri in summer of 2016’s hottest chartbusters as they shook a leg, shimmied and clapped along! 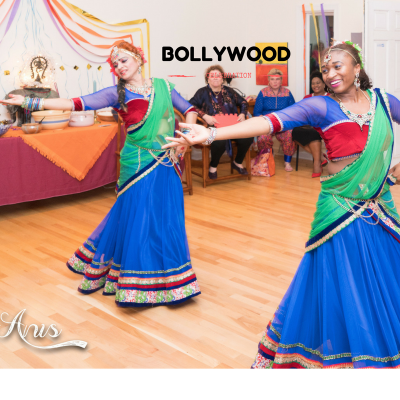